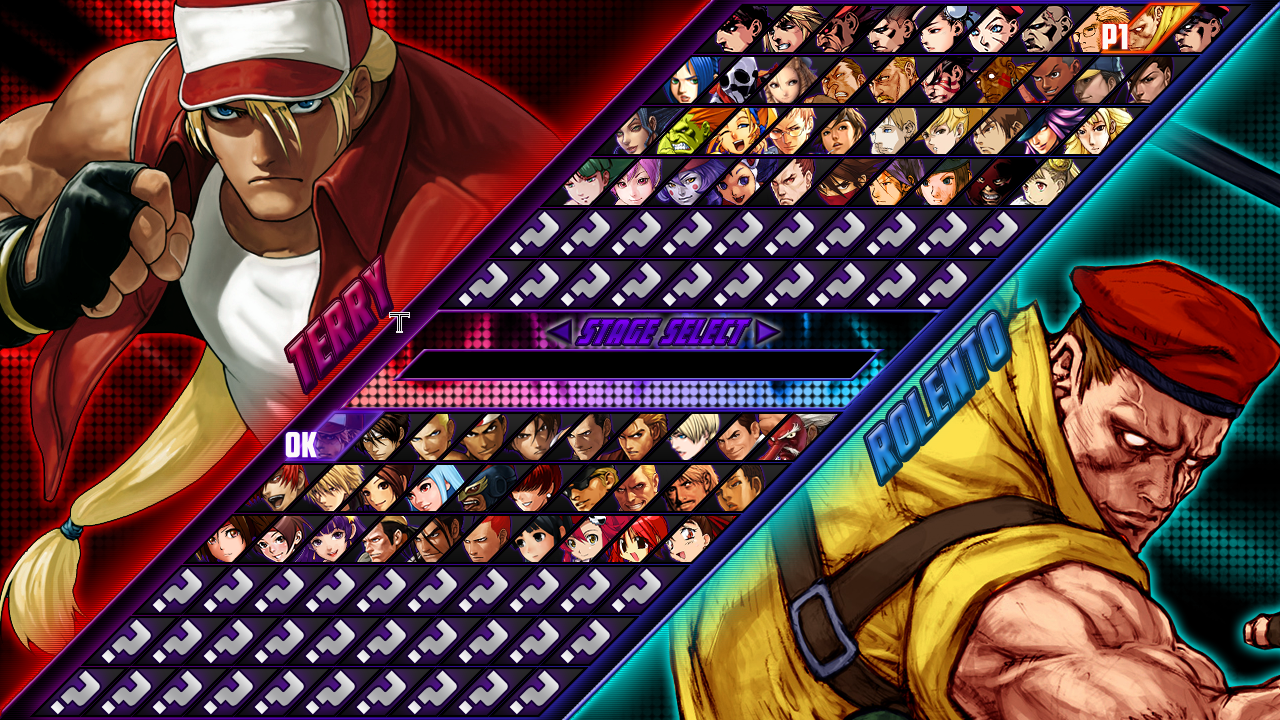 Rugal, Oswald and Shiki.
Emphasis in the second one: we need an epic bald card guy.

at this point if I was Karma I would just plop a couple of chars that I have interest in  making and just let people vote.

awesome edit.
The only nitpick I have is that truck scrolling back and forth but its a banging edit.
Thanks.

Re: What qualities makes a character worth a spot on your roster?

Buffer system.
Proper hitboxes
Good moves.
proper frame data that makese sense or is from source.
Taking the best elements from source and the author adding their twist on the formula.
Low res sprites.

Pros
CSed sprites and you are also used to the system already on how to rip from CVS2 with ease.
Very fun to play.
Badass

Why Rugal ?
This will also give you a challenge of converting/ balancing a Boss char for normal play, while you can keep the AI version of him insane.
Hes very very fun and also one of the reasons why we played so much arcade back in the day.
It was a joy to see who we would get be it akuma, rugal, god rugal etc

Pros
CSed sprites and you are also used to the system already on how to rip from CVS2 with ease.
Fun to play and strong af.

Cons
Coding Claw would be a mess if you want to keep all of his gimmicks intact.
What I would do is just split him into two versions Masked and unmasked.
Cause it will require custom coding in other chars wich lets be fair here very few people would add that in.

Why Claw ?
Claw is awesome !
He's insane in CVS2 and is a joy to play, granted im shit with him but still he's one of the best chars in the game.
I feel you have the skill to bring him over with all of that intact.

Pros same as above.

Cons
Lots of grabs to code which are annoying.

Why Gief ?
While slow and clunky, when you smash someone's head in the floor its very fun.
He also has that cool intro with Raiden and Eagle

Re: Character of the Month: August 2020 Voting

Last time we talked in discord you mentioned that you updated that Shermie and that you are planning to release it.
I just wanted to ask you if you are still planning to do so.

As for motivation, I can relate. IRL is demanding enougn then going home i dont even have the motivation to make a pal let alone sit down and code.
You losing that cs is just awful to hear.

What I would suggest is limit it in some way so people do not suggest let's say sillly HD chars in proper pots style.

Sit down and think about the games you are interested and narrow it down then I would just let people suggest what they would like to see.
Tally it all up at the end and decide.

For someone posting a request ask them WHY they would like to see this char and for suggestions on how you can go about it.
Also consider CSed/Custom CVS sprites (good example would be Yang)
Limit the amount of chars people can suggest  as well.

These guys are very aggressive.

I really want to learn how to play them, their movesets are really fun.

I know AI is subjective and all and I am not going to be a smartass and tell you just to get good however I really dont have issues with the AI.
The legit only Karma char that gives me any issues is Genjuro, Blanka is also a good fight.
I think the AI is spot on.

Terry and a couple others were updated recently.

Terry's intro is still playing vs Violent Ken.
The loops are still in there, im guessing you just want to keep them.

I really like these chars, however its a crying shame that when you have only Soy Sauce chars in your roster you cant play vs the AI, its very cheap.

Also EX Kims forward LP is insane too, its the only reason I dont use the EX mode, that poke is waaay to good.
If you just switch that insane poke with the normal version's fwd LP it will be much better. Just a suggestion though.

That video is soo good.

Thanks for the updates, downloading asap.

A suggestion why not cap loops like this to 2 ?  I know its very bar dependent but still.
https://streamable.com/h9dibz

Stagefit = 0 and 4:3 res will crop the top of the stage cause of the localcoord (720p)
Great stage though. 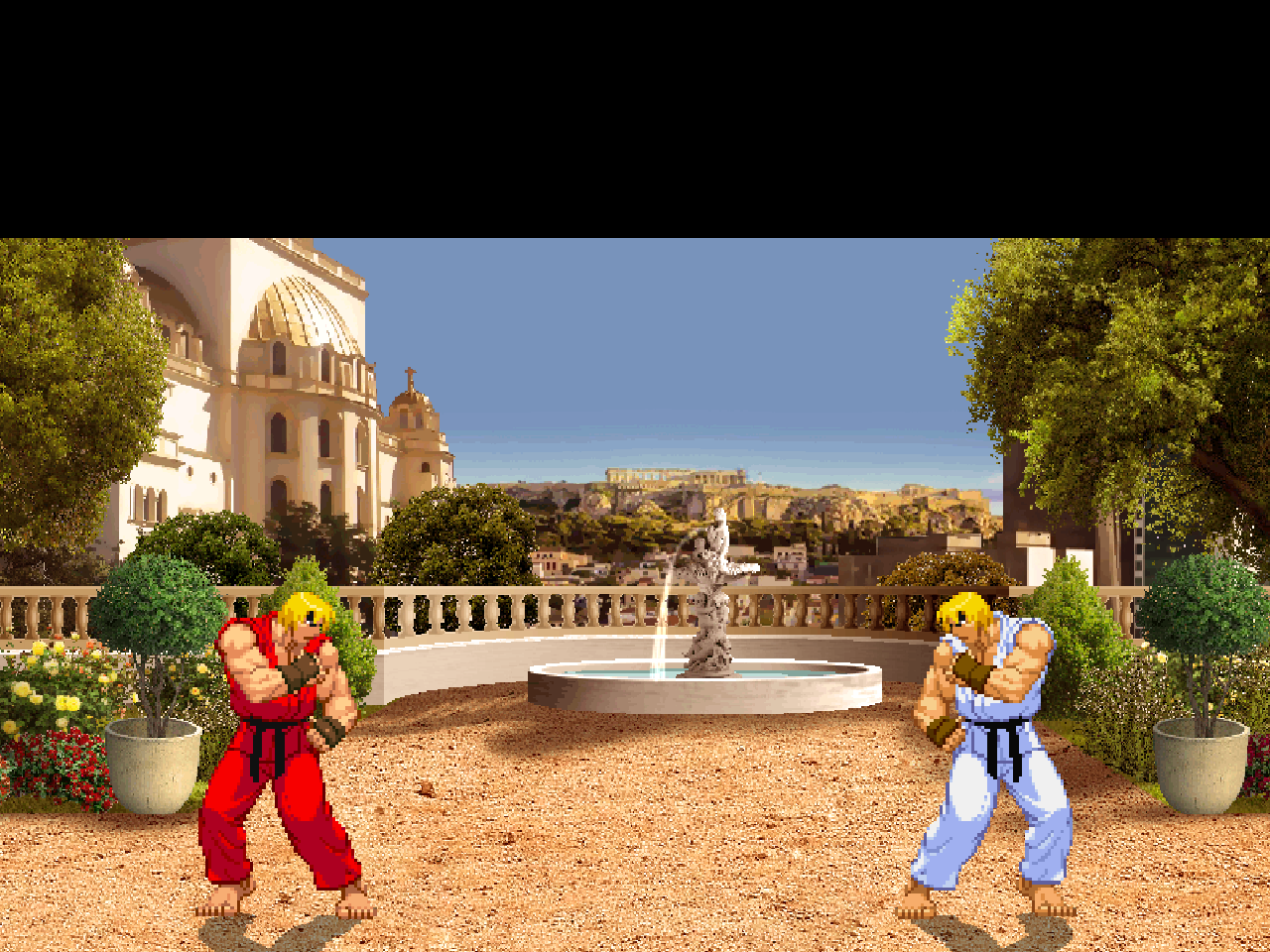 What an awesome update.
Thank you !

The colors look better to me, it fits and moves way better it is night after all.

I do arcade runs from time to time I also upload fights.
I don't use Shiyo's tag system though. I prefer turns.
I am also very picky about my char choices.

All of the authors are credited in the description as well so you can grab the stuff.

This is my latest setup arcade video, its kinda old though.
[youtube]https://www.youtube.com/watch?v=LebrSMh7ppw[/youtube]

Thanks man.
I don't do it for views and such but next one I want to record is an Akuma run.

One last general question about the AI.
I just want to know how to lower the diffculty of it, it just destroyes me

anyways, in !config.cns is the AI slider, look for this chunk of text
Code:
change var(53) value to something lower than 8

Ive tried that and it had no effect.

Also Extra I dont mix styles in mugen. I can beat them if I use a POTS char, however I want to use Soy Sauce's chars.
Its good to have an option, I dont want to go all serious mode when I have to play.
I just want to jump in and bash some heads for an hour and then chill.