Hi guys, my friend Mallboro Games released Kratos of The God of War in POTS/Infinite style!

This char have good sprites and gameplay too, I liked very much. 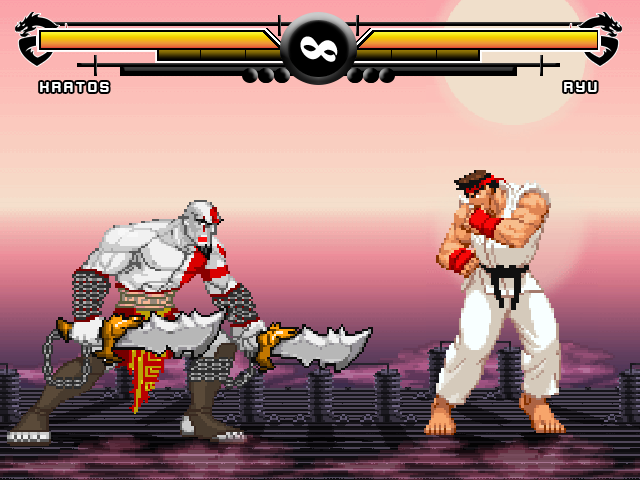 LINK: https://www.mediafire.com/file/f762kqn24rt9jkp/Kratos.rar/file
Mallboro Games make commissions for chars in this style, with the standard price of $55.00.

PS: Depending on the char and the work done on it, the price may change in value.

For more details, send an email to him:

You're banned because all of this and for not give ban for the other user before of your post.

I liked very much of your idea friend, downloading!

You're banned because you waited 8 days to say this.

Man, all of this is good, but you don't need use BIG texts all the time.

I prefer the first version.

I liked very much of your idea, thanks!

I like to know about this, continue your efforts.

Re: Ikemen Go Arena Screen pack made by OldGamer

You applied the distance in chars, very good.

Why you not put only the updated version? Is very confusing.

Re: [PORTUGUESE ONLY] Português. Ena pá.

It's not a old edit?

I liked the visual of select screen, congratulations for good work.


I have the same opinion, good!

It's a Mr.Karate version of him?

I maded a new update guys.

Update 2:
- Updated the VS screen;
- Updated the Game Over screen;
- Changed font in Intro of "Attention" message;
- Updated Akito's Intro, now with transitions effetcs and music (thanks AVPBOY);
- Fixed a little problem in Akito VS portrait;
- Fixed a little problem in Zangief VS portrait;
- FIxed a little error palette in Robert;
- Changed the Nash and Nameless chars for Kyosuke and Benimaru;
- Removed Custom Combo of Kyosuke;
- Removed Custom Combo, Palette Selector and Chain Combos of Benimaru;
- Adjsted all portrtaits of Kyosuke in game;
- Adjusted all portraits of Benimaru in game; 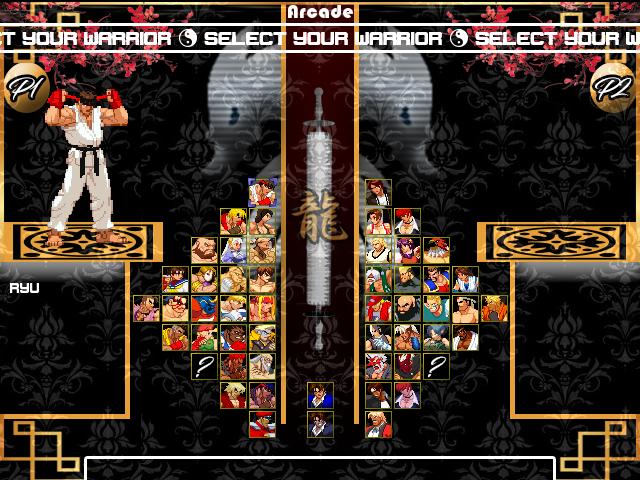 PS: I added Akito's Intro to let you know his story, but I still need to add the frame-to-frame transition effects and music.

Thanks, have fun and wait for next updates!

Looks pretty good!
This kind of project is interesting! Definitely!

My only points are
-Akito/Ortsac watever seems to be the "king" of all these characters. The choosen one, above all of them...
-Strange select screen, scalled big portraits, strange display of slots...
-Very bad mish-mash of text fonts.

Beside of that, the concept is pretty good!

Thanks for your feedback, I appreciate this!

1- Akito is the protagonist, so as he doesn't belong in SF or KOF, I thought it would be more convenient to leave him in the middle, as the game is about his story.

What may have given you that impression is because in the position Akito is now there would have been more original characters like him, but Falcon Rapper was very busy with their occupations outside of Mugen, so Akito was left alone and gaining more prominence because this.

In the end, I had to do it that way, putting more SF and KOF characters on the sides to fill in the empty spaces and make the events focus on Akito's story, for now, because the second game will be different. It was initially planned to have characters from these two franchises, but they weren't going to be the majority.

2- Everything follows a context, symmetry mainly, seeking to refer to the yin-yang, which is a symmetrical symbol, and by its standard philosophy it seeks to teach mastery of the inner center. So understanding the visual context is a little beyond a normal gaze.

But, the game in its story involves the eastern mafia, so maybe if you lean towards that side you can understand a little more of what the aesthetic tries to convey.

About the arrangement of slots, it's something that I like and it also touches on symmetry, besides that each side works with rivalry, starting with Ryu and Kyo. If you go down with your eyes, you'll see that all the characters are sort of replaying each other. So once again this was intentional.

And as for portraits, I tried to find a scale that could be good for both sides, all so that all characters follow a single visual pattern, because what bothers me in many projects is the variety of different arts that for me ends up polluting the composition. But that's just my opinion, of course. If you have a good scale suggestion, please let me know.

3- Finally, about the fonts I totally agree, as I had talked to Mordecool, and he said it's good to use up to 3 font types in a screenpack, because if you have too many fonts, the look can get polluted.

I was going to do this review, but as I was doing several things in project at the same time I ended up forgetting. What I really have in mind to change as soon as possible is the source of "Choose your warrior", because it really is a bit out of line with the others.

If you have font suggestions, let me know, but there are some that I can't change anymore because I only have them in image format, so maybe the easiest way is for me to just focus on leaving as few fonts as possible and use the ones you already have.

I'm gonna test this during this week.

If you want test this game in your Youtube chanel, you can!

Hi, this is a project I've been working on for a few years. I released a screenpack of it, but this is now the full game.

Yesterday are my birthday, so on this day I wanted to launch this game with everything complete, but unfortunately there are some things missing, like fixing some bugs, for example.

The Game has custom POTS gameplay, below are some details:

- All chars have multicolored sparks;
- No Custom Combo/Max Mode;
- No chain combos/air combos

In the future I will add chain combos to all of them and a few more things I have in mind, but in this first version I wanted to keep all chars standardized that way.

In the beginning, I was counting on the help of my friend Falcon Rapper, but he was too busy with his stuff outside of Mugen, so I was being helped by other people to at least finish the base of the project.

Thanks also to (I'm sorry if I'm missing someone): 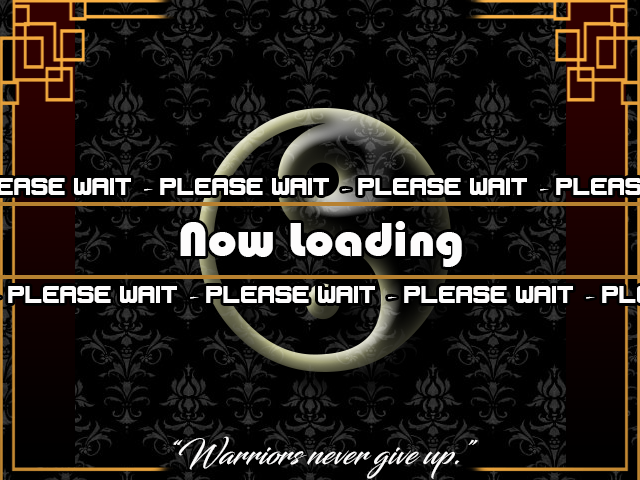 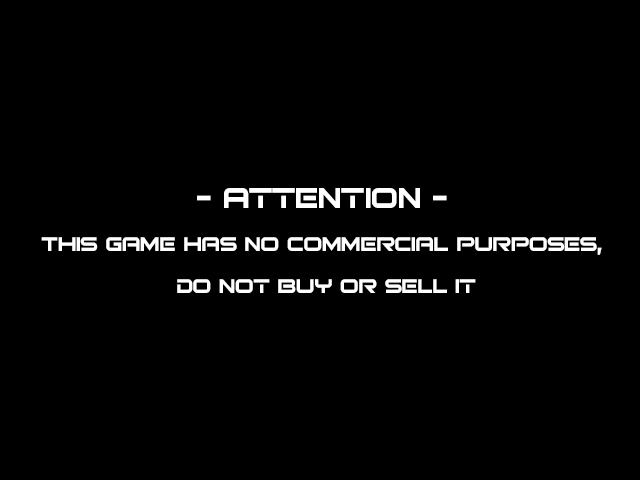 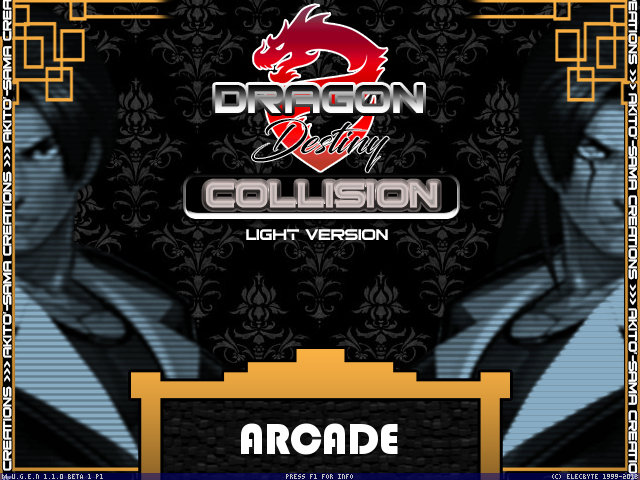 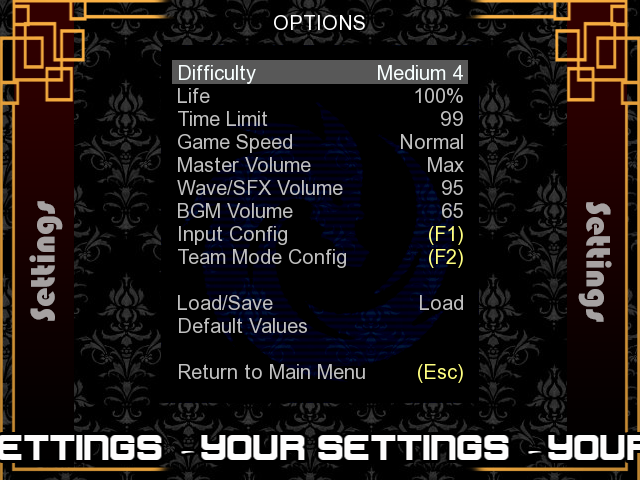 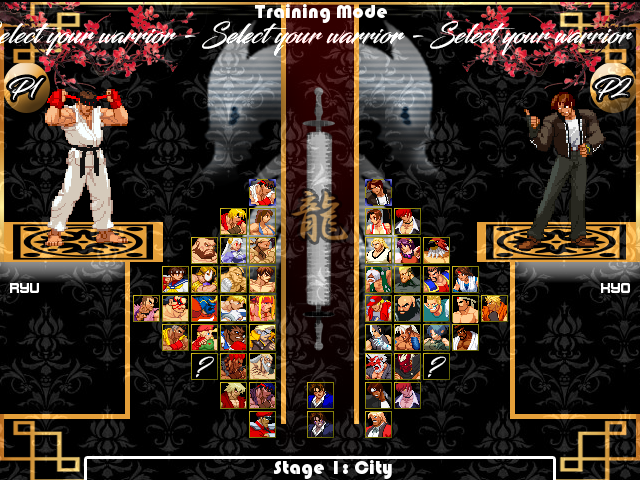 And once again thanks to all the creators for the characters I used.

I created the character Akito, however, I want to make it clear that he's not me, but I like my OC so much that I've gotten used to people calling me that name.

Akito is the protagonist of a novel that I've been writing for many years, which I intend to release until the middle of next year, and Mugen helped me with several things, including better structuring the story I made for him previously within Mugen. Akito's version of the story on Capcom vs. Snk Mugen (my other screenpack) will be revamped, so consider THIS his official Akito story.

A few things to mention:

- I used Mr. Ansatsuken's Dan to edit and fit the project, but as RagingRowen is doing one, I'll in the future switch to his version with multicolored sparks and all revised material;

- There is a bug in an Infinite Leona Intro where the helicopter's wind effect does not properly align with the ground;

- Nash's throws on Akito don't work correctly, I still need to see why this is happening.

- Sometimes, Yamazaki is stopped for a long time after winning the round, for no apparent reason.

PS: This game is the "Light" version because I haven't added the Intro and Endings that I plan to explain the story (I'm finishing this week), but I'll be releasing updates to add those things that are missing. And, if all goes well, this year's Christmas I will release a "DLC" version with an update that will come with more chars, stages and system upgrade.

Julia is a character that I announced a while ago, and she hasn't been finished yet because I was busy with the other things in the project and I wasn't able to pay attention to her sprites that were being produced. But, I asked Dampir for help and he is finishing her sprites. Thank you very much friend.

I have to update it, but I intend to put it only in the second game (yes, there is already a second game in production), but this one will probably only be finished next year, that's all I can say for now.

Guys, I need BETA-TESTERS, and if anyone else wants to join the project, it's very welcome.

The intention of the game is to create something simple and well standardized, what just doesn't make it a compilation is the fact that I made the Screenpack (thanks to OldGamer) and also worked on everything a little, to get a better result at the end of the composition. 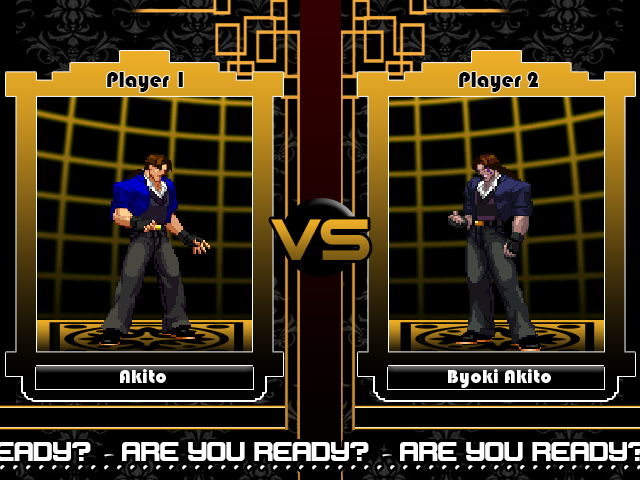 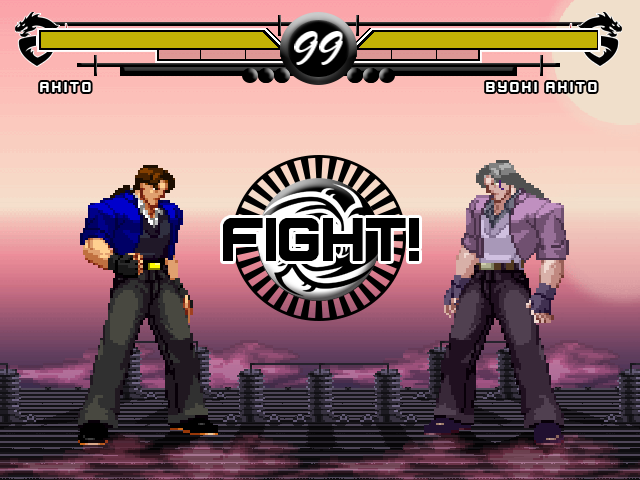 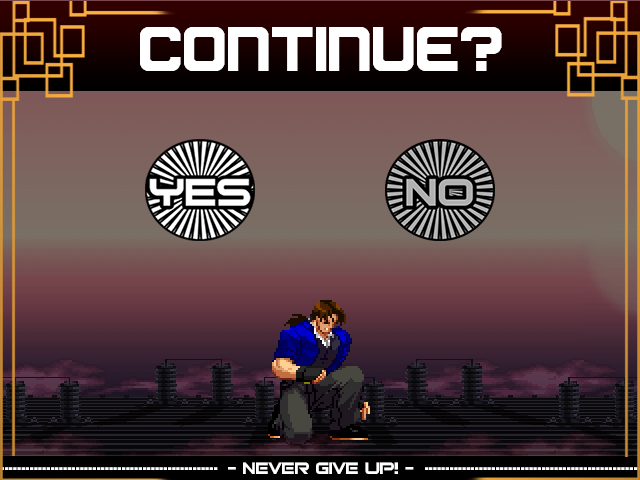 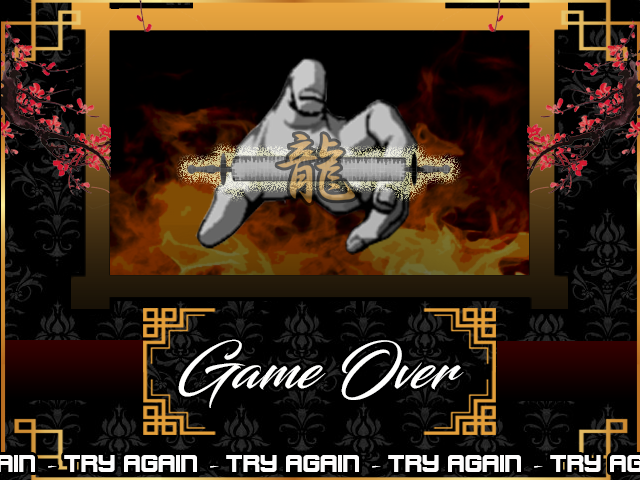 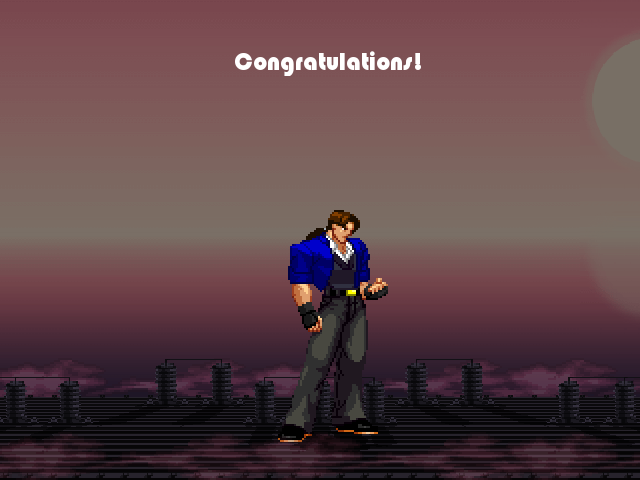 The story consists of a sacred scroll that is placed as a prize in a martial arts tournament, but there is more to it than that.

Events focus on Ryu, Kyo and Akito, where you understand everything better if you play with them.

The Intros and Endings coming soon!

In this moment I working in Akito Ending now, the Intro is done.

I could talk more about the aesthetics of the game I used itself, but I don't want to make this post bigger than it already is, so enjoy, download and enjoy.

I hope you like it, it's a simple job but it was done with a lot of dedication and humility.

PS: I was going to post yesterday on my birthday, but it always seems like something happens to stop me, it's annoying, and this time the reason is because I'm sick. I came here just to post this, I need to rest. Thank you all for the attention.