It was already posted, like two posts before yours.

Re: Riot Games' Project L (no official name yet)

It's been quite a while, but there are some important news, people are receiving invitations to playtest this game: https://www.eventhubs.com/news/2021/mar/27/riot-project-league-test/

This happened before with Valorant and Legends of Runeterra, and it usually is followed by a closed or open beta, so we could have bigger news coming too (as well as leaks).

Damn, she is thick now, though I guess it makes sense for a grappler to have a bit more body mass. I like her redesign, its simple, but cool.

BTW, they're taking big risks displaying this furr on a character in 2021... Something they possibly have to remove later...

Why is that a risk?

Posted by Macaulyn97  in fighting games news that dont deserve their own thread (Started by Niitris May 08, 2014, 11:34:32 PM
Board: Fighting Games

Considering the date this trailer was released on, I hope it's not some elaborate joke...

The few english comments I found say it's just a joke.

Re: Power Rangers: Battle for the Grid (Cross-Play) Switch, Xbox One, and PC

Power Rangers: Battle for the Grid is getting a Street Fighter crossover, with Ryu and Chun-Li transformed into the Crimson Hawk Ranger and Blue Phoenix Ranger respectively.

Announced exclusively with IGN, a Street Fighter DLC Pack will come to PC, PS4, Xbox One, Nintendo Switch, and Stadia on May 25, priced at $12.50 USD. The pack will include both fighters, and "exclusive skins to be revealed at a later date." Ryu and Chun-Li will also be sold spearately for $5.99 each.

I'm surprised this game is still getting stuff. Not that it isn't welcome.

Posted by Macaulyn97  in fighting games news that dont deserve their own thread (Started by Niitris May 08, 2014, 11:34:32 PM
Board: Fighting Games

Why is this here? This game has a topic.

It's for MUGEN, but it's not about MUGEN itself, so, the last recording software I used was kinda bad (forgot the name). If there is one that records in good quality with the smallest file sizes possible ('cause shitty internet)? I really feel like getting back to recording.

They didn't care about gore when bringing Sub-Zero and Raiden to Injustice 2 (Scorpion in the original Injustice at least would damage their bodies, like everyone in that game), so I doubt they would care about gore in Smash. Gore in MK is merely a visual thing, it's not required for gameplay, you guys severely overestimate it's value.

Luigi's soul was ripped from his body, with no actual gore shown. It's not in any capacity the same as what people expect from a Fatality, as proven by the fan reaction to the family-friendly MKvsDC versions.

Yet MKvsDC was one of Midway's most successful titles.

In their 10-K filing, Midway Games revealed the title had sold over 1.9 million units, making it one of the company's most successful titles since 2002.

People love to throw out "fatalities make the series impossible to do in Smash".

Except those were cinematics deliberately intended to fake out the audience?

It's promotional material, though, which people will look at before playing the game and also works as advertisement. If it was a problem, those trailers would never be like that.

Saying that you can't put MK characters without putting violence its like saying you can't put Bayonetta without her getting naked all the time. The violence of MK is extremely easy to censor, because the characters don't need to do fatalities in Smash, nor do they need any blood or gore to be present, yeah, Scorpion's spear is a gory move in MK, but take that away and its as violent as all the slashes and thrusts from all the other blades in Smash. Besides, acting as if MK's gore is the one thing the franchise lives by is just a bad take, its true that its iconic for the series and it is actually quite overused, but if MK swapped all its gore for hitsparks in the next game, it would still sell well, simply because its MK.

I thought Kitana was almost done.

Honestly, you just listed Heihachi feats without saying any actual reason why he would beat Geese, since you didn't list any of Geese's feats for comparison. Also the whole thing of withstanding environment in stages is irrelevant, since those are literally just stages that every character can show up in, this isn't a "canon ability", the stage is just there to be pretty.

Checking your Hugo Out! Great Release!

Its not his, dude.

In some parts in the globe namely South America, this guy is as revered as Superman so of course he'd be the focus.

Hi, South American here, where I live, Iori isn't even close to Superman's popularity and I dare say he isn't the most popular fighting game character either. 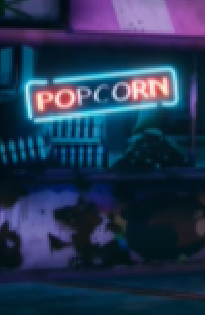