Actually, they are also owned by SNK's owners (Leyou Technologies).

I expect this to be announced in KOF's 25th Anniversary on August 2019.

Spoiler, click to toggle visibilty
Got some bad news for you.

I rarely talk about things, but... I think it's a directive rather than a regulation.

A regulation are laws relating to specific cases and directed to individual or several Member States, companies or private individuals.  They are binding upon those to whom they are directed.
- Immediately applicable and enforceable by law in all Member States
- As good practice, Member States issue national legislation that defines the competent national authorities, inspection and sanctions on the subject matter.

It depends on the Member States whether if they will adapt the directive or not. If it was a regulation instead of a directive then... GGPO Europe.

Regardless, the impact of this directive in each Member State will be something to look upon in the future.

Although Sen is universally reviled. I think one character might possibly make it. It may be Kim Hae Ryeong. Thanks to Kim Kaphwan (and to some extent, Kim Sue-il), he'll easily translate into 2D-style gameplay.

BTW, Yumeji is still alive (as a monk or something), based from Rasetsumaru's Ending.

Since the leaker got some things right, I think we'll get Shiki along the way (whether part of the initial roster or DLC, it remains to be seen).

Also, despite not most likely playable (unless DLC), Gaoh (SS5 Boss) makes a cameo at the beginning.

SNK will announce a new game next week.

I decided to post it here although it will most likely be a fighter.

Glad to see Hayate back in action

I was expecting Nanase, but Sanane, a full memory wipe of Nanase?

The last part of the trailer is

Will only happen (including V. Rosso, Pllum, Area and Sharon) if this does well. Start supporting it soon if we want to...

Glad to see Hayate back in action

I was expecting Nanase, but Sanane, a full memory wipe of Nanase?

The last part of the trailer is

Wrong, it's a separate continuity from the mainline Blazblue universe. Or should we say in Blazblue lingo, "another new possibility in the timeline."

Similar to the others 4 dlc it would be nice to see new stages along side the characters.

Only 1 new stage guaranteed so far...

An arena that takes place somewhere in this place.
https://en.wikipedia.org/wiki/Masmak_fort

We might see a preview of that stage when the Najd trailer drops. 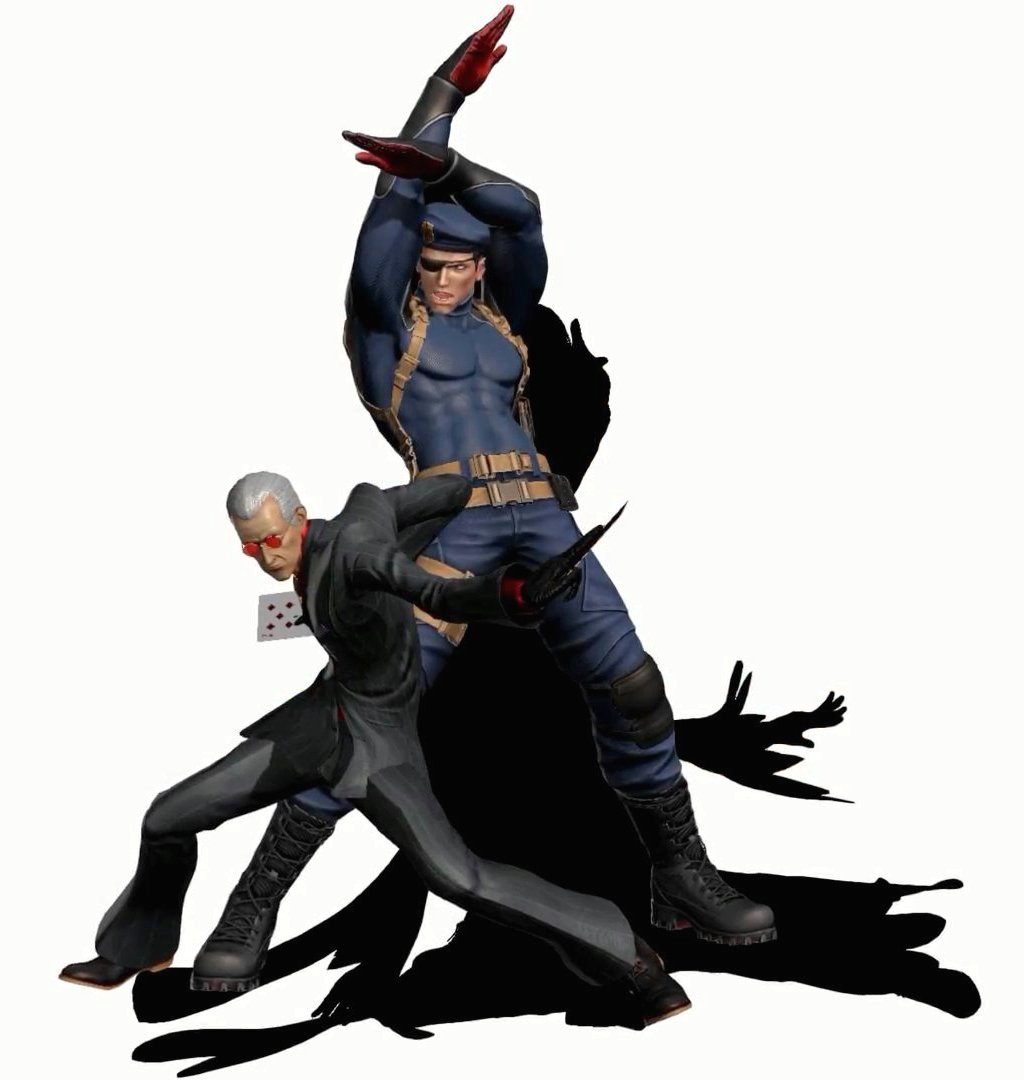 Only two characters left. The big dress is from the Arabian girl, and I'm pretty sure the sillouette behind Heidern is making a gun-finger pointing at the screen, thus being very likely to be Blue Mary.

I dunno, but I think it may be someone else, like Shingo or May Lee, but we often overlook a detail in the silhouette. that the character wears laced shoes rather than boots like Blue Mary does. But we'll see...

Also, I'm not saying Shingo instead of Blue Mary, but this might be purely coincidental (Taken from KOF XIII's Story Mode Prologue). 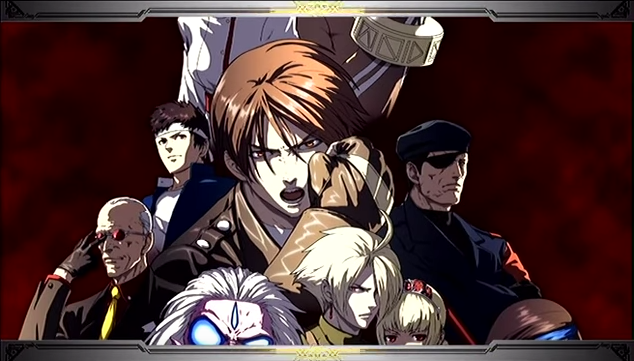 All characters aligned horizontally within Kyo's image. Will Blue Mary break that?

Sometimes, SNK will bend their own rules. Maybe instead of 2 Males, 2 Females, we get 3 Males, 1 Female instead as (LOL) Kukri kidnapped all females (only 27-29 will appear).

Initially thought the hand and legs from the right might have been Elisabeth Blanctorche, but then I remembered that Najd existed lol.

The "points", for lack of any better description, next to the arms of Lin/Duo Lon/Heidern might be Blue Mary's signature pose.

Can also be Shingo (doing Kyo's Moetarou) or May Lee (doing her Hero winpose, her pinkie is hidden).

We've been waiting for answers for 2 weeks. I hope we'll find out soon this week.

A lot of stuff lately...

so they are really dropping out of pachislot business huh?

Last Autumn of 2015, after being acquired by Ledo Millennium. Although, they still have some IPs in their licensing list (Dragon Gal included). However, I'm beginning to wonder if SNK still owns them after the Super Oto-san costume cameo in a Highlights Sister Quest pachislot.

Love Heart and Mui Mui are only "here" in KOF XIV (and by extension, SNK Heroines) because they were already finalized in KOF XIV way before the acquisition by Ledo Millennium and the withdrawal from the pachislot business.

With these things happening, Yasuyuki Oda mentioned in an interview that dropping out of the pachislot business was the most "unexpected" event in KOF XIV's development. I'm assuming they had plans with the characters before, but with the acquisition and withdrawal, things have changed dramatically.

Haohmaru and Ukyo becoming Nakoruru's teammates in a licensed KOF Game like KOF '98 UM OL, even if SNK is only licensing them, not developing them, it may have some possible effect in the future. (Discouraging the use of Love Heart and Mui Mui outside of KOF XIV and it's related games?) This happened two months after Sky Love, which Love Heart comes from, was acquired by Highlights Entertainment.

At least Mui-Mui will be in Tag Frenzy.

Spoiler, click to toggle visibilty
SNK may change Dragon Gal from a pacislot game into a Martial Arts RPG! 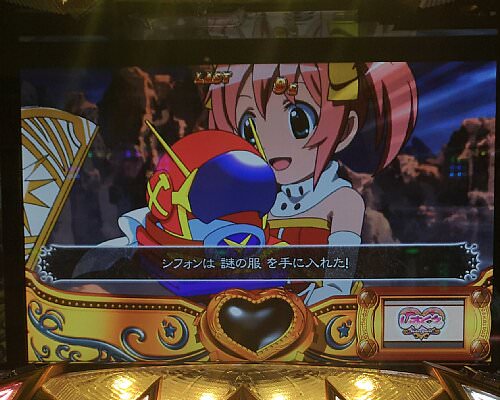 It appears SNK is secretly giving their pachislot IPs to another company as well.
Explanation: Super Oto-san, one of SNK's pachislot IPs still listed in their licensing page (along with Dragon Gal), has made a (costume) cameo in Sister Quest made by their new owners, Highlights Entertainment.

I remember in an interview that Highlights acquired SNK's pachislot assets by autumn of 2016 (IPs like Sister Quest and Sky Love, including pachislot cabinets, pachislot parts and metal molds), months after KOF XIV was released. However, I admit, I am not sure if the IP acquisition was limited to Sister Quest and Sky Love since we also see some SNK IP cameos that were listed in SNK's licensing page in a game created by Highlights Entertainment (and without SNK's copyrights).

Personally, I think SNK is just reusing assets of Love Heart (and maybe, Mui Mui) in SNK Heroines to avoid wasting them after XIV (since especially Love Heart will go the way of K9999 in the future). However, it appears SNK's new owners, Ledo Millennium, "buried" Mui Mui by licensing Nakoruru with Haohmaru and Ukyo (who are not in KOF yet) as her teammates to the developers/publishers of KOF '98 UM OL. Also, they are the base team in an upcoming 3D Samurai Shodown Mobile game made by SNK China.

EDIT: As for Alice, SNK still owns her regardless of what are SNK's new owners are doing with their Pachislot properties.

There's a chance the one with the gun is Mary, but it's more likely to be Love Heart. Sky Love is basically a bunch of officers pursuing a murderer.