Delete the stage? There is no need for that. With credits everything is fine.

The missed credits though.

"Sale" of compilations across multiple channels. Although they don't use link protectors, there are numerous advertisements scattered throughout the videos. I remember a specific case of a channel that did this with Naruto and Bleach about 12/13 years ago. In the past, this practice was something rarer and the Ris***** channel was kind of (in)famous around here. Today this is a common practice and if the creators don't want to see someone profiting from their work, the solution is not to share, otherwise all that's left is to accept.

So I'd like to use bgctrl for an element of a stage, but I couldn't figure out how to do it.
The concept of the movement would be as follows:

Part B:
- Begin Action 2. Parabolic movement, distance between the start and end axis is -126 pixels, with movement of -19 pixels on the y axis. 1 second long.
Spoiler, click to toggle visibilty

And then it loops.
Although it is possible to do this with just a begin action, just the first part of the animation using only 4 frames with 11 ticks each, would make a wall of text and would not have the natural movement.
Thanks in advance.

Re: Tips for editing bgms loop

Not really. I edited the mp3 files themselves to make it better (?), with the intention of making it compatible with WinMUGEN (not that I use such version). And also I found this tutorial here:


Although the program detects loop points automatically, it doesn't cut but extends the music for other purposes. So I thought there might be some way to find the points and cut automatically. As you said, trial and error is not ideal so my question is if there is any tool for this or I will have to convert a few dozen tracks the old-fashioned way.


Edit: Since no one else has responded, for now I believe there is no automatic solution. In any case, with the answer given, it was quite easy to resolve the situation for most songs as you can literally see where it repeats itself as a graphic tile. Thank you.

I've been wanting to do this for a while, and actually I've edited some musics with Audacity. Although apparently it looks ok, I'm not sure if the result was 100% good. Considering that I have quite a number of tracks that I want to edit, would you guys who are experienced in the matter have any tips or do you know of a program that would make the process easier? Trial and error to find the loop point in Audacity doesn't seem very reliable to me.

Nice. Fun times playing the main series when I was a kid. Checking now, this and the first release.

I'll check it out. Thank you, Charlie.

Is there a good Violent Ken with SFA sprites/gameplay?

Adapting the palette is easy, but unnecessary since I used that Ryu just for that particular screenshot.
Despite its simple design, the lifebar has certain peculiarities and, of course, limitations of MUGEN. Even using IKEMEN GO a workaround with the font for the powerbars was necessary. 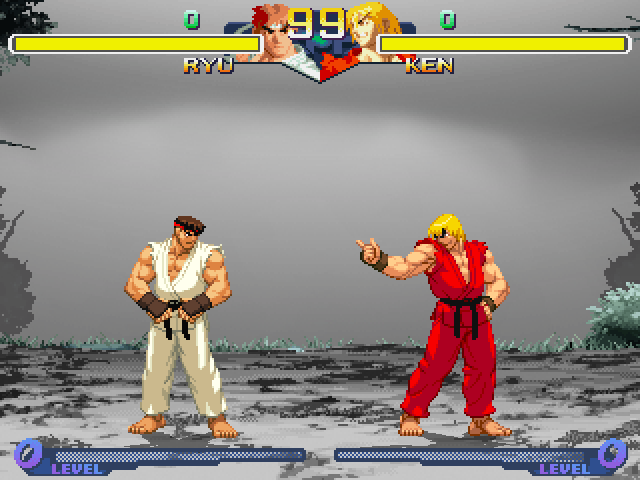 I wondered when you would start working with IKEMEN GO, I was a little curious.
On the question of what is possible: Unlike MUGEN, IKEGO has no limits if you know Lua and Golang. So the actual limit is imposed by the users themselves. That said:
1 - No, by default each team member has only one portrait.
2 - The window parameter works in the same way as MUGEN. I may be mistaken, but I suppose something like that would some sort of 3D tool, and I don't think the devs would add, after all if it is to use custom portraits it is only fair that they are manually adjusted for this purpose. Even in official games it is like that.
3 - Not by default.

Check the motif.lua file (external/script) for the list of available parameters.

I couldn't find the stage, but here's the background image if you want to convert it:
https://www.deviantart.com/raphael-lacoste/art/nuclear-plant-II-85413645 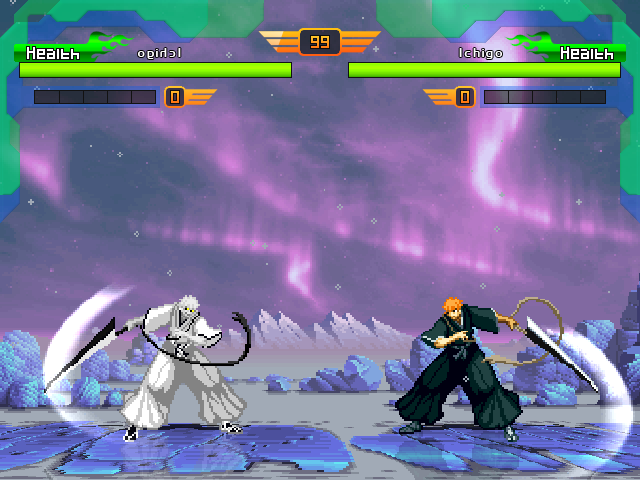 Going for a more traditional take: 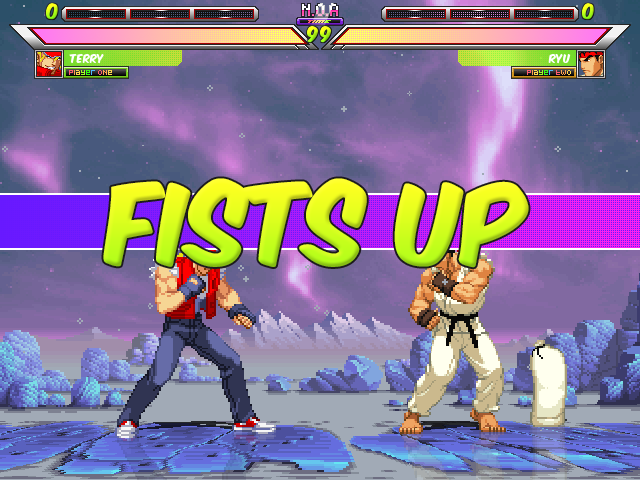 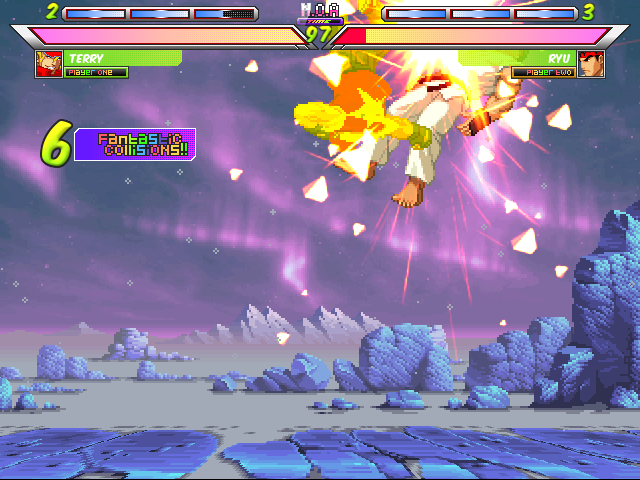 Really digging what you did to 'em

Thank you, Ryou. If you want to check it out, let me know and I'll send it by pm.

Oh! I remember that art from years ago, it is really beautiful. Thanks to your post I was able to track the artist. If anyone else is interested in that person's other works:
- https://1041uuu.tumblr.com/

Nice lifebar indeed. I need to check out Ryou's other lifebars. 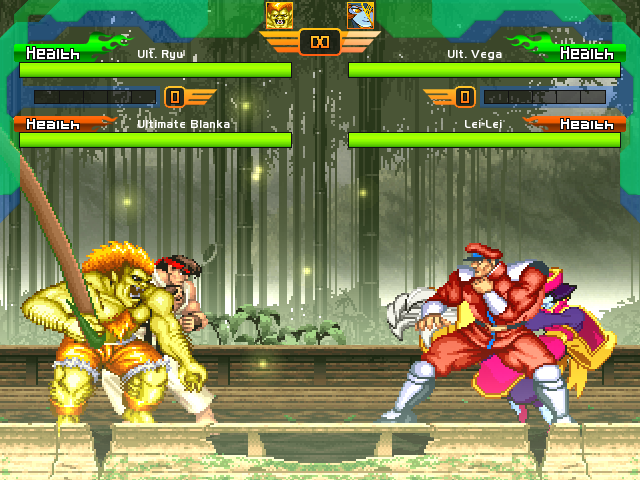 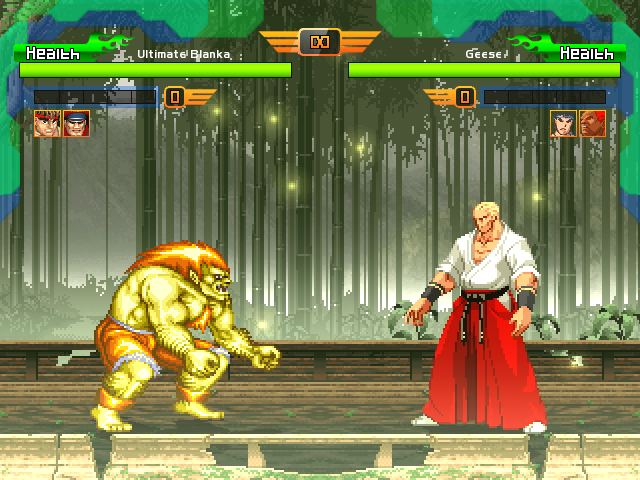 It's really nice. Just out of curiosity, have you tried the Ikemen Go RemapSprite tool? 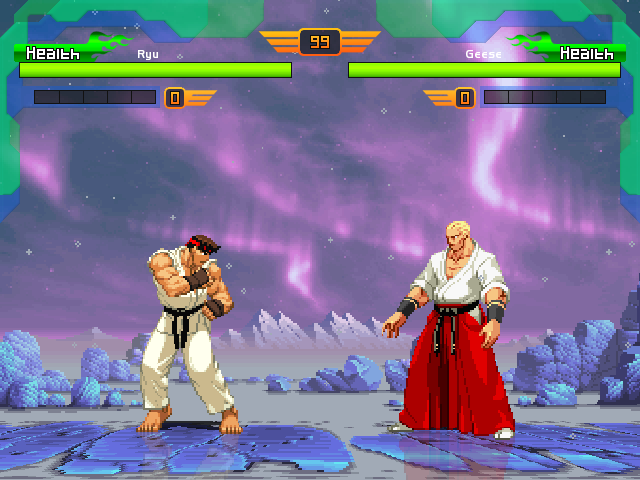